Stopping The Spread: Why You Should Stay Home

Cities and counties are trying a range of measures in an effort to slow the spread of Covid-19. Dr. Lauren Meyers is a professor of biology and statistics at The University of Texas at Austin. She specializes in the spread of infectious disease and has been on the frontlines of the fight against the virus. Decibel's Judy Maggio talked with Dr. Meyers about the importance of sheltering-in-place and ways to keep your family healthy.

Judy Maggio: Dr. Meyers. Give us a glimpse of where we are as a country.

Dr. Lauren Meyers: So right now, Covid-19 is clearly a threat to many cities across the country. We see cases climbing. We see hospitalizations climbing, and there is a concerted effort by policy makers from the highest levels of government down to local decision makers, you know, county judges, mayors, trying to make very rapid decisions to prevent the continued spread of this disease. To make sure our hospitals don't exceed capacity, and really to protect the health and lives of people in our cities.

JM: When we talk about raw numbers, what percentage of the population is now predicted to contract this virus? And have you seen any projections? I've seen different numbers on the possibility of how many people might die from it.

LM: The projections vary quite a bit. What is clear is that if we don't take measures to slow its spread, if we don't enact social distancing recommendations or control measures, then this virus will spread very, very quickly. And if we do take measures, as we're seeing in many countries around the world, who've been very aggressive about trying to control this disease, that we really can slow the spread, we really can save lives and prevent the rapid increase in hospitalizations.

JM: So Austin, Travis County, Williamson County now have a policy called Stay Home, Safe Work order, work at home. 43 percent, I just read, of the U.S. population staying home. How big of a difference do you think something like that makes when so many people are working from home?

LM: It makes a huge difference, epidemiologically, especially for a virus like this. One of the challenges, well, two of the challenges with containing this virus, are one, that it spreads very quickly. In a study that we just published last week, looking at data from China, we estimated that the time between two successive cases in a chain of transmission is only about four days. So you know, every four days, the person is spreading to somebody else, and it's very quick.

And the other thing that we learned in this study, and that's become apparent from other studies around the globe is that people are probably a little bit contagious even before they have symptoms. Sometimes we have silent transmission from people who are infected, don't even know they're sick yet. And so because it's spreading quickly, because it's sometimes spreading silently, it means we have to stop contacts preventatively, so that infected people don't end up spreading it to healthy people.

JM: So I know that scientists across the globe are working against the clock trying to develop antiviral drugs and vaccines. This is not your area of expertise, per se, but realistically as a scientist, how quickly do you think something like this could come to fruition?

LM: We don't know, it takes quite a long time to not only develop candidate vaccines, but then to test them in people to ensure that they're safe, to ensure that they're effective, and so, you know, the estimates from the scientists who really do work on that is that it's at least a year out before we have, if not longer, before we might have an effective vaccine that's in vials, ready to be injected into people. So that's not a short-term solution for us.

For antivirals, it's also unclear. I know that there are tests going on to see if existing antivirals that have been designed for other viruses might be effective, but the jury is still out on those. But those could certainly, even if they can't slow transmission or prevent transmission, they may eventually come on line and allow us to reduce the severity. Make it less likely that if somebody is infected that they end up in the hospital or die from the disease. But we don't have those in hand yet.

JM: You've been studying the transmission spread of this virus since the get-go. What do you think are some big misconceptions that people have about it, or mistakes that people are making, as you look at the general population?

LM: I think one of the misconceptions is that there have been a lot of reports that the people who are ending up in hospitals and the people who are dying from the disease tend to be older, tend to have known underlying conditions, and while that is absolutely true, the risk is much, much higher in those groups, we are also seeing perfectly healthy younger people, occasionally, not often but occasionally, end up quite ill, in the hospital or worse.

Everybody should take precautions to protect their own health, protect the health of their family members, even if they think they're quite healthy. And the other thing that in general is very important for any infectious disease but particularly for this one, is that when you protect yourself, when you prevent yourself from being infected, not only are you directly protecting yourself and maybe your family, but you are breaking chains of transmission that might have ended up reaching someone who is high risk, who would have been vulnerable. So you're doing good for yourself, for your family, but you're also doing something good for your community. When you are listening to the guidelines. When you're staying home. When you're asked to stay home, and when you are doing things like washing your hands and keeping your distance, those make a difference directly to you, but also to our entire community.

JM: Well, I know in recent days some high profile politicians have said they would rather take the health risks than watch the economy go down the tubes. I don't want you to get political, but is that point of view for anyone a risky one?

LM: I think we absolutely have to think about the overall health of the population, the economic health, the psychological health, and absolutely the physical health that is the threat of the virus. Asking people to make these sacrifices just to prevent transmission, they are gonna buy us time, so that we can make sure that our hospitals have adequate capacity, they give us more time to understand this virus and what is going to work in terms of slowing its spread. Stopping its spread. Preventing serious outcomes, and they'll give us time to make a plan so that we can come up with innovative solutions for both containing this virus while bringing our economy and just our lives kind of back to normalcy.

JM: Final question, Dr. Meyers, I know you are a mom. You have three kids at home. What are you doing to keep your family safe and protected during this time?

LM: So, I mean, first and foremost we're really just keeping to ourselves. We are not coming in contact with other people to the extent possible. We don't know if we were exposed at some point, and we certainly don't want to end up infecting other people. We certainly don't want to bring infection into our home, so we're just trying to do our part for the community and for ourselves. And then within our house, everybody knows the rule to sing a song while you are washing your hands. We're no longer taking bites of each other's food and, you know, we're trying to adhere to all the recommendations that are just common sense. 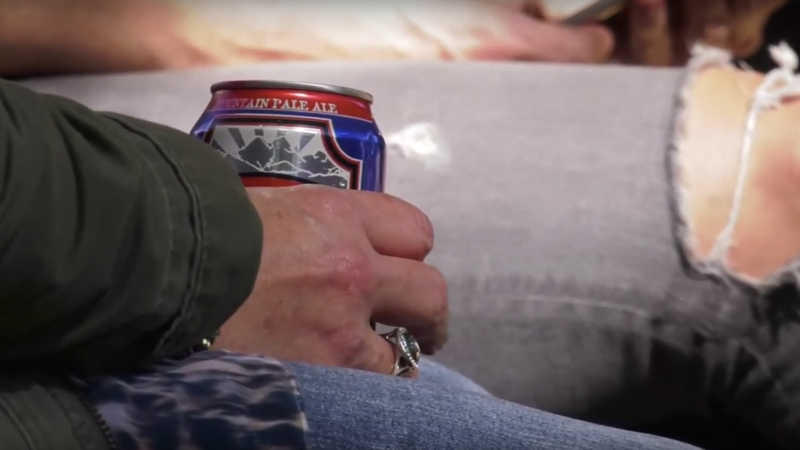