The Beauty Of Tradition

It's a quiet January morning at The Village in Northwest Austin. Before the pandemic, SuperStar Nail & Spa was jammed packed with nail technicians and clients. Today, owner Trung Le, his spouse, Khoung Kim Nguyen, and one other nail technician, Nga Tran, tend to just three clients.

“At first, when we reopened in May, it was very busy because people were just anxious and, you know, I just want to get out and get things done. And then after about a month, things started to just die down,” Le says. “So even if my workers come back, we really don't have enough customers for them to work.”

Le immigrated from Vietnam to Houston in 1998 and settled into a Vietnamese neighborhood on Beechnut Street. That’s where his mother, Bon Huyhn, began her work as a nail technician. 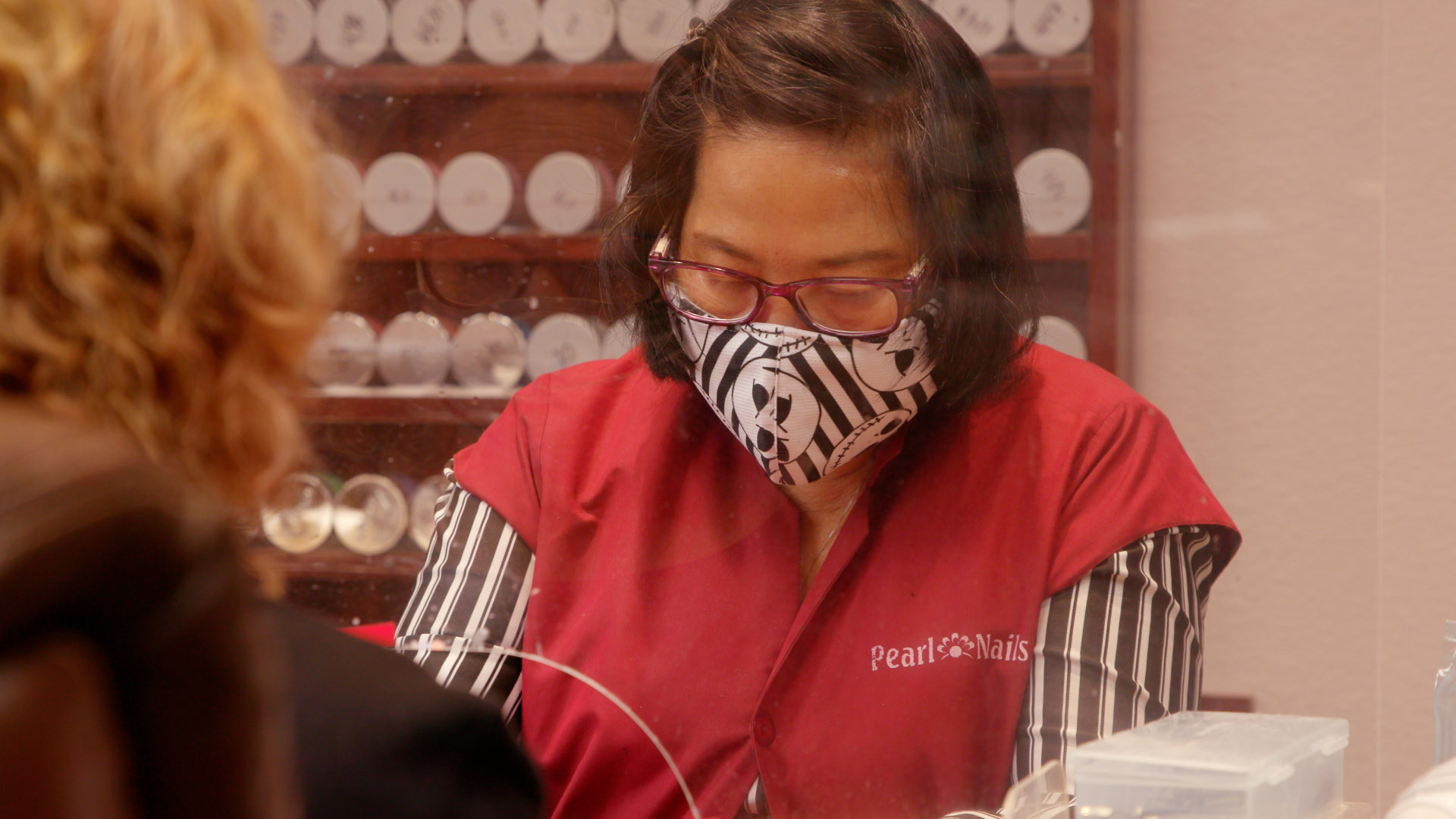 Bon Huyhn (right), the mother of Trung Le, paints the nails of one of her clients in Pflugerville on January 21st, 2021. Huyhn retired from running her own business, Star Nails, and works occasionally at Pearl Nails for additional income and to keep busy.

“There's other people that speak your language. So it's easier for you to go out and … maybe get jobs,” Le says.

“When you go work in the nail salons and back then too, you don't speak a lot of English. The client, they treat you kind of like subclass humans,” Le says. “Sometimes the communication you don't have … with the client, [and] you don't understand what they want. She gets yelled at and sometimes they don't pay. And when they don't pay, you don't get paid.”

Saba Waheed is research director at the UCLA Labor Center and co-author of the study, “Nail Files: A Study of Nail Salon Workers and Industry in the United States,” which focuses on labor conditions in the industry. According to the report, 78% of nail salon workers earn low wages and 30% are self-employed. Waheed says these factors can contribute to poor labor conditions within the industry.

“Any time you have low costs, there’s a cost happening somewhere else and in this industry it's largely on the worker’s side with low wages, often long hours, flat rates, misclassification.” Waheed says.

Most nail salon workers are considered contractors and are exempt from protection by laws requiring minimum wage, overtime pay, workers’ compensation and other workplace benefits.

“They’re considered kind of like mini-businesses within the bigger business,” Waheed says. “That’s not often the case when you kind of look at the terms of the relationship where it's not two businesses working together. It really is an employer, employee relationship. That’s where the misclassification comes in.”

About 9 out of 10 nail salons are considered mom and pop businesses and are primarily owned and staffed by immigrants and refugees. Through social circles created in these communities, a nail salon worker can learn the ins and outs of the nail salon industry then develop their own business with relatively low start-up money. But that same social circle can discourage a worker from speaking up about poor labor practices over fear of retaliation.

“There are days where she would come home, she would cry because it's tough.” Le says. “I felt very helpless at the time. So that's why me and my sister, we worked at a very early age.”

After living in Houston for about a year, Le’s family moved to Austin. His mother opened up her own salon, Star Nails, soon after. Le worked at the salon on weekends while his sister, Lezlie Tram Le, dropped out of school to work there full time. 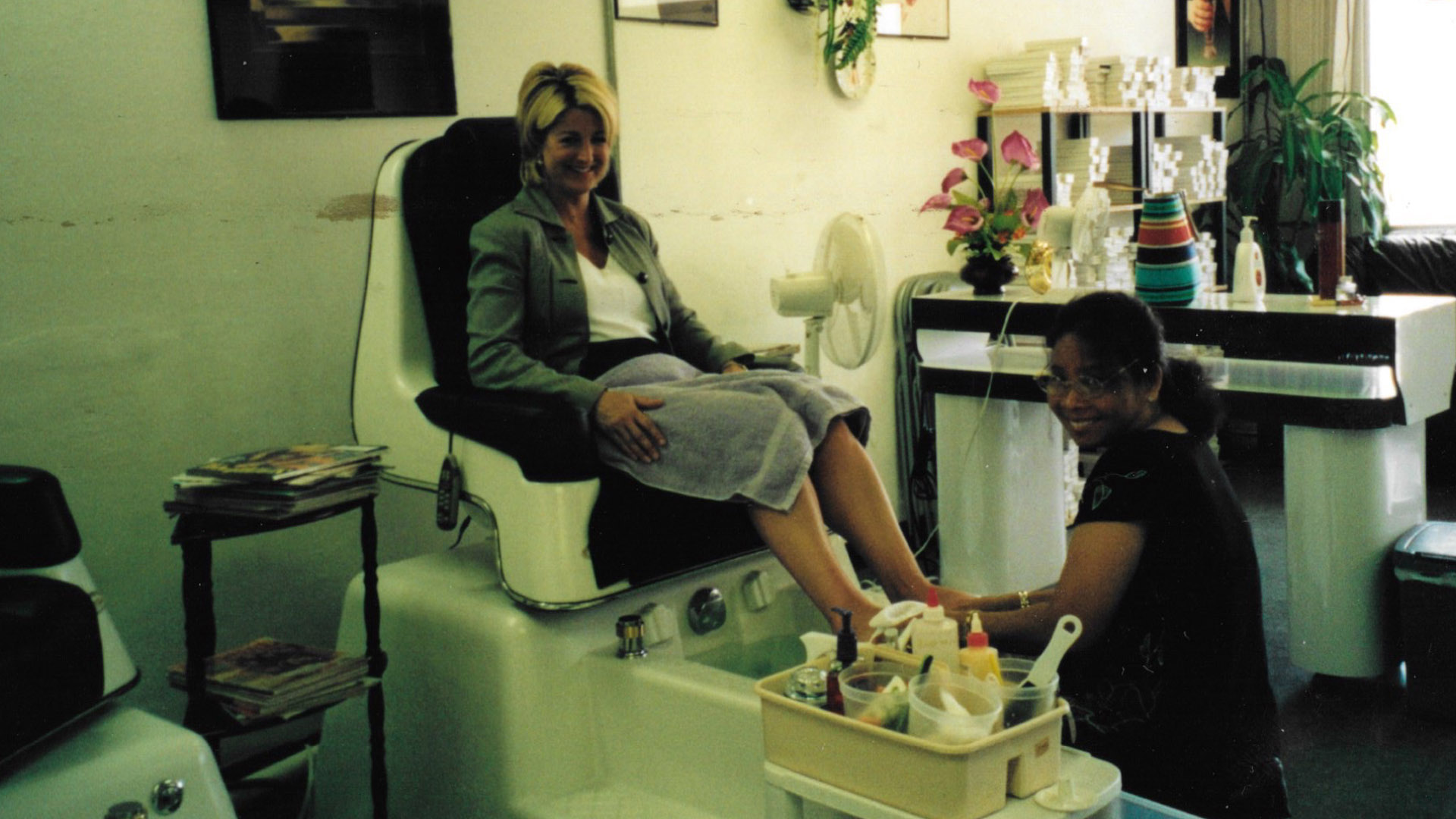 Bon Huyhn (right), the mother of Trung Le, poses with a client at her business, Star Nails, on Braker Lane in the late 1990s. Photo courtesy of Trung Le.

“I never thought it was going to be my career at some point later down,” Le says. I was just like, okay, you know families, I gotta help them,” Le says.

His sister opened her own salon, SuperStar Nail & Spa in 2003. Shortly after, she decided to start a family of her own and couldn’t run the business any longer.

Le has owned SuperStar Nail & Spa since 2004 and purchased Ava Spa & Nails in 2019. His mother, now retired, works part-time at other salons for extra income and to keep active. While he credits his mom for teaching him about the industry, he says he chooses to run his business differently than previous generations have.

“I learned from experience,” Le says. From seeing how other people had treated other nail technicians in the past. … I chose not to do it the same way.” 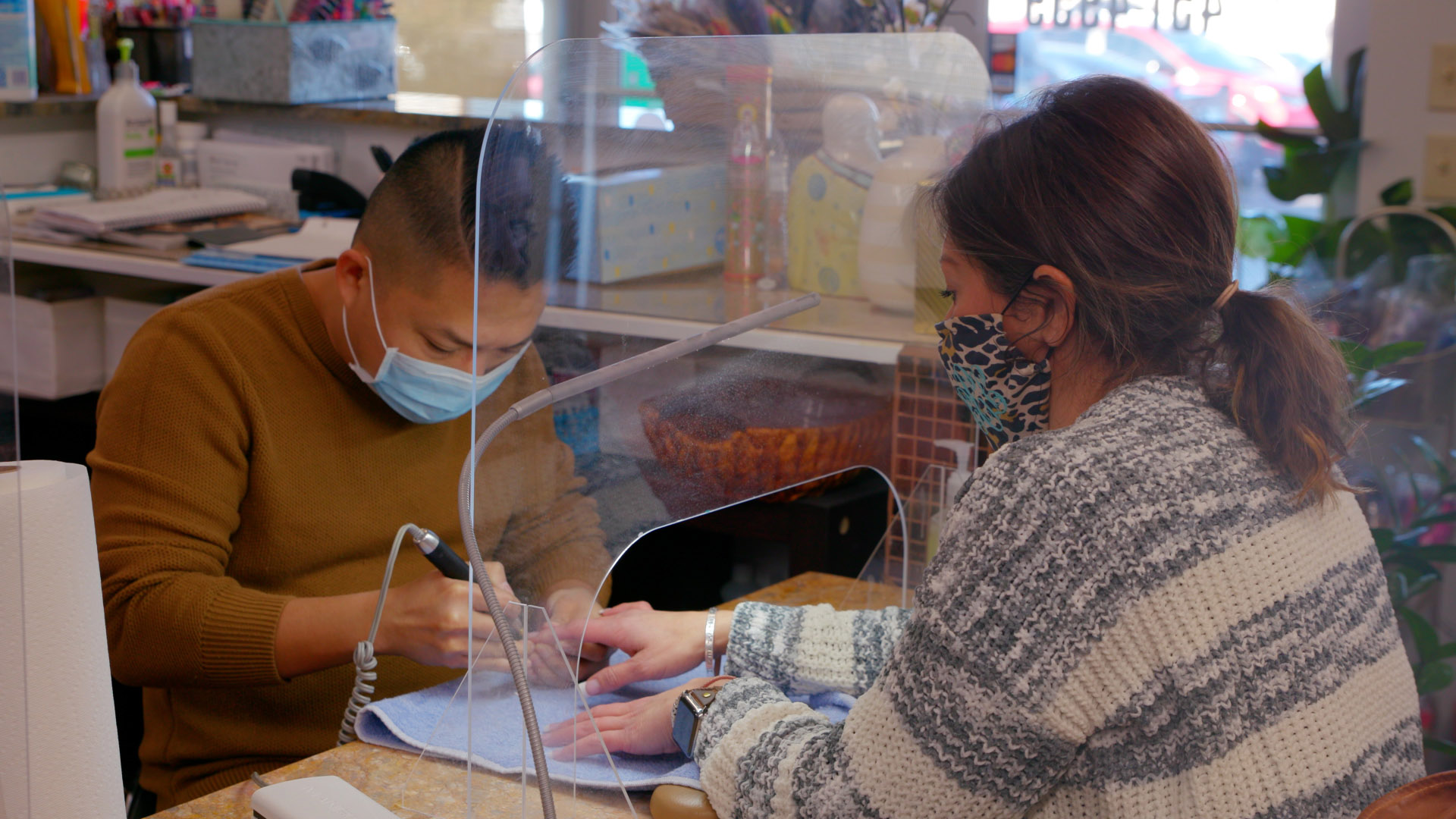 Trung Le (left) uses an electric nail file drill to shape his client’s, Colby, nails at his salon, SuperStar Nail & Spa in Northwest Austin on January 13th, 2021. Since the beginning of the pandemic, Le’s business profits have dropped by almost two-thirds.

Le’s business is open from 9:30 a.m. to 7 p.m. as opposed to the long hours associated with this kind of work. He says he views his work as more of a partnership with his employees.

“We work as a team, so there’s no hierarchy, managers, managments ... so everybody has their responsibility. They know what to do.” Le says.

Before the pandemic, Le’s salon could see 80 to 100 clients each day. Today, Le has sold Ava Spa & Nails and has halted plans to expand to other locations.

Fang Fang is the CEO of the Greater Austin Asian Chamber of Commerce and is witnessing the uphill battle many Asian American-owned businesses are facing throughout the pandemic.

“If you’re looking at what the Asian business community is facing, a lot of them are in the service industry, which has been hit the hardest,” Fang says. “They have to spend additional resources in fulfilling requirements and protocol. Those are the lucky ones. There are some who can not afford that and are forced, probably, to close permanently.”

Despite the hurdle that the pandemic poses, Le wants to continue the tradition and pass on the business that was once passed on to him.

“I feel proud of my family, my parents, for doing what they did to get us where we are.” Le says. “I do want to continue. I want to keep this for my children, if they are ever interested in it when they grow up. They might fall in love with it … and they might want to have their own salons one day.” 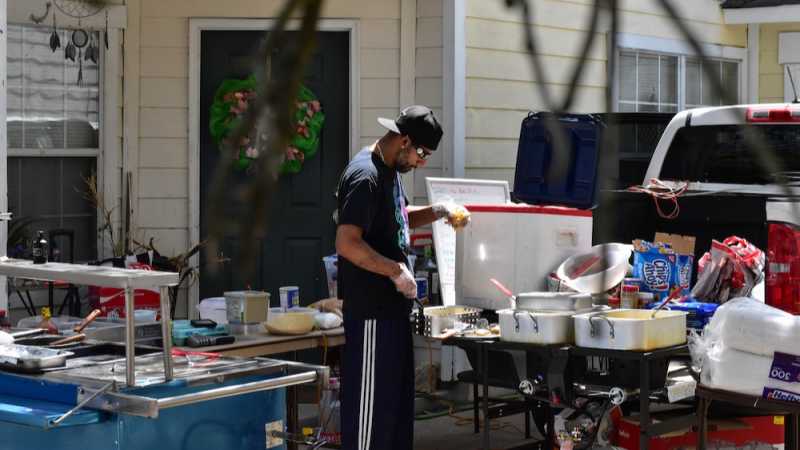 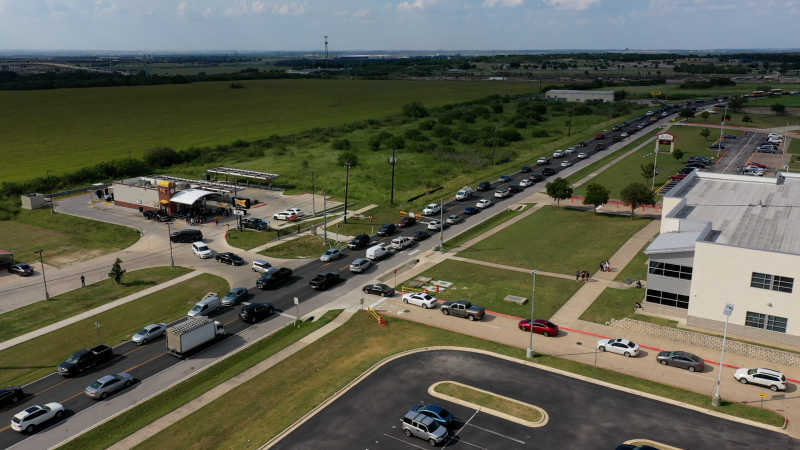