Te’aunna ‘Blakchyl’ Moore is no stranger to the Austin music scene--she’s been on-stage in some capacity since 2007, when she joined a local non-profit hip-hop organization. But on the west coast, Blakchyl is relatively unknown.

“This year, I was gearing up to do a tour in L.A.,” Moore says. “Stuff was like, falling into place.”

Like for so many other musicians, those plans were dashed when Covid-19 forced venues across the country to shut down in the spring. Since then several places, including the Barracuda and Scratchouse, have closed down, and the Austin City Limits Music Festival has been cancelled. The City of Austin has pushed for grants and loans to staunch the financial bleeding, but the pandemic is taking its toll on the industry.

“We thought we was going to be able to maneuver from the venues,” Moore said. “Like, okay, let’s do it how we’ve been doing it. Like at a park or at a house. But as things progressed we were like, we really can’t do nothing. It wouldn’t be smart.”

Moore isn’t the only local Black artist to be waylaid by Covid-19.

“There’s a huge list of Black artists here in Austin who were starting to really gain some ground here,” said Megz Kelli, Emcee for hip-hop group Magna Carda. “I feel like Covid hit right in the middle of that.”

Kelli hopes that hard-won momentum continues after the pandemic abates. Both she and partner Dougie Do said it’s a struggle to gain recognition as a hip-hop act in Austin, pointing to the fact they didn’t start gaining traction until they added live instrumentation to their act. It goes beyond a couple of venues not booking black artists; Austin City Limits didn’t feature a hip-hop act until 2010, music festivals have had few hip-hop and rap artists in their line-up, and Blues On The Green hasn’t had a Black headliner since 2016.

“I wouldn’t say Austin is the Live Music Capital of the World,” Dougie said. “I don’t think it can be until the true infrastructure is here.”

Dougie believes a new project helmed by Jonathan ‘Chaka’ Mahone with Riders Against The Storm may provide a foundation for Black artists in Austin.

“Chaka’s Black Live Music Fund, I think that’s the first step in getting it in people’s faces,” he said.

While the Black Live Music Fund might be borne out of need due to the pandemic, it’s aiming to fix issues that have been part of the Austin music scene for years.

“Every single established Austin music organization that is not led by black people has glaring holes in its ability to address and/or acknowledge the historic underpinnings of racial discrimination in this city,” Mahone said during the June meeting. “There is no Live Music Capital without black musicians, period.”

Mahone went on to detail local Black-owned music venues like the Victory Grill that, despite their place in history, have not found the same support other venues have, and Black artists that have largely been overlooked.

It’s an issue that Kelli and Dougie experienced early in their careers as they tried to get venues to book them for shows.

“We literally started by going around and handing out our mixtapes,” Kelli said. “But what we found was, with hip-hop, people weren’t eager to book us, weren’t eager to invite that sound in. There were a lot of stigmas around it.”

Kelli and Dougie say those stigmas range from assumptions about the music being violent, to pre-show treatment.

“Black artists don’t really get soundchecks,” Dougie said. “That’s across genres. It’s a stigma that, oh, they’re not going to be on time. They’re going to show up with a hundred people. [Venues] don’t want to deal with that.”

There is some hope that discussions about systemic racism brought on by the recent killings of George Floyd and Breonna Taylor by police will help propel some changes. Earlier this summer, local blues artist Jackie Venson turned down a gig for the vaunted ‘Blues On The Green’ summer music series, pointing out a lack of diversity with its musicians. ACL Radio, who presents Blues On The Green, admitted to falling short in terms of inclusion, and had Venson curate a Blues On The Green show with local Black artists.

But whether the Black Live Music Fund will be a reality remains to be seen. The Live Music Fund Working Group still needs to make a formal recommendation to City Hall before any funds can be reallocated.

As to whether Austin can maintain its moniker of Live Music Capital of the World, Kelli said the city will need to put in the work to make sure it’s including everyone, not just in its music scene but within the city limits.

“America is a diverse country,” Kelli said. “In order to be a capital you have to fully represent everything.” 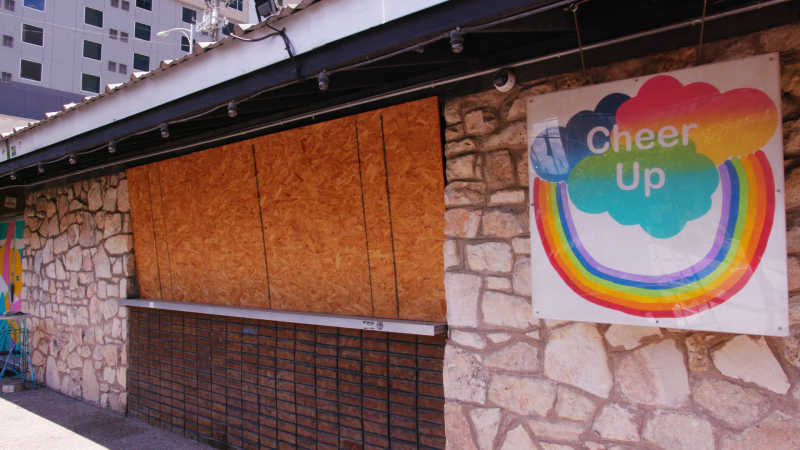